James Rokas started playing guitar the summer before 5th grade when he began taking lessons from Mr. Prestianni. It has been a passion of his ever since!

After graduating from Saklan in 2012, James went to San Ramon Valley High School where he continued playing guitar in Jazz Band all four years. He also broadened his musical interests by playing cello in Orchestra (recommended to him by Mrs. Chaffey) and playing percussion in the Marching Band.

After high school, James decided to follow his passion for guitar and music by pursuing a degree from the Thornton School of Music at the University of Southern California. As a jazz performance major at Thornton, James has enjoyed performing in multiple ensembles including jazz combo, big band and Afro-Latin jazz. He has also written many jazz big band arrangements.

Another big part of his experience as a student at USC has been as a member of the Trojan Knights, an organization known as the official hosts and guardians of traditions at USC. If you watch college football you may have seen James on the sidelines in body paint cheering on the Trojans! 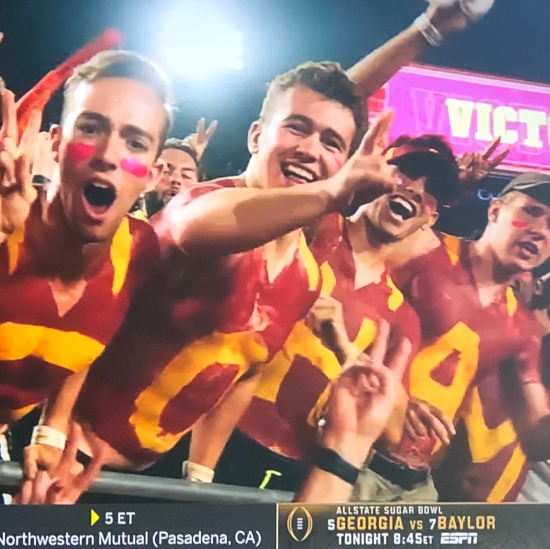 He is currently getting ready to graduate in May with a degree in Jazz Guitar Performance and a minor in Music Industry. After graduation, James is planning to pursue graduate studies at UCLA for Film Scoring and working in the music industry.

The Saklan School is a private Pre-K through 8 school located in Moraga, CA. Our mission is to think creatively, act compassionately, and live courageously. View all posts by The Saklan School Friday Blog