We’ve come to the last act of the 2016 academic year and it’s hard to believe that this event filled year has come to an end. The final act has been the superlative rendition of Seussical KIDS by our Grades 3 to 5 students this morning. Thank you again Mrs. Chaffey and all the teachers and staff that helped, for creating the stage and the enthusiasm. Ending our year with such a showing of talent and passion is a fitting way to sum up the Saklan experience and underscore our mission of thinking creatively, acting compassionately, and living courageously. 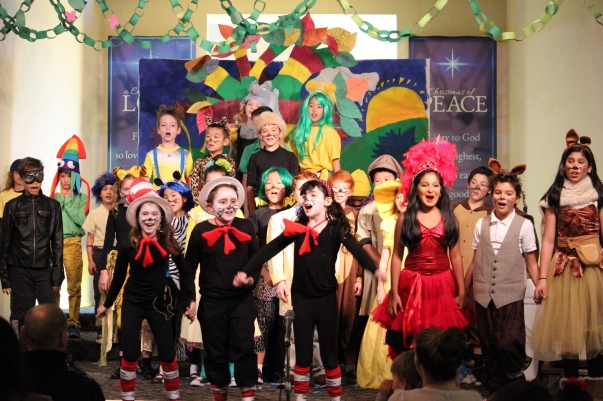 With the start of 2017, we will continue our school-wide discussions around creating a vision for the future of Saklan. This will take place as a round table discussion on January 6th at 9:00AM. Another important event in January is our Town Hall meeting on January 27th. It will be at 9:00AM right after Flag. Please make sure you put this date on your calendar as there will be a full agenda of important announcements and news that will interest the entire community.

As I reflect on the year 2016, I am pleased to affirm that each student has tried his or her best and has moved a little closer to reaching his or her full potential. I am very proud of them all. I’d also like to thank each of you for your contribution to our community. It’s the people of Saklan that make it such a special place and I appreciate your support and positive energy. I hope you and your family enjoy a wonderful break together and I wish you many blessings in the coming New Year.

Have a great holiday! 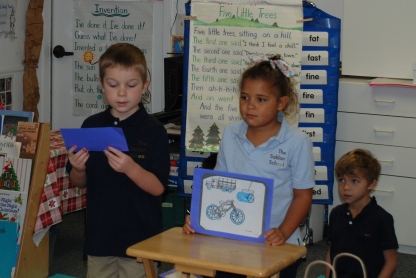 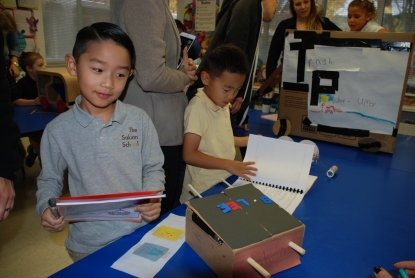 The first grade class learned about simple machines. They each invented their own machine and then created those machines using various scraps of recycled materials. 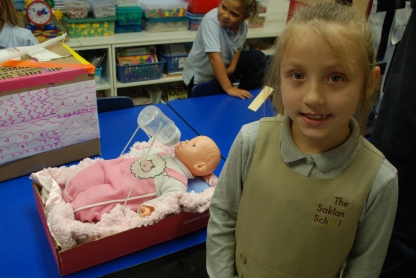 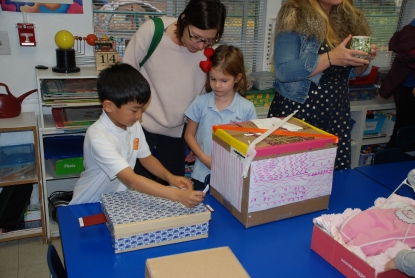 During their presentations, they had to explain how this invention would work and why it was helpful. Way to go First Grade!

The Hoot Owls have been busy celebrating: 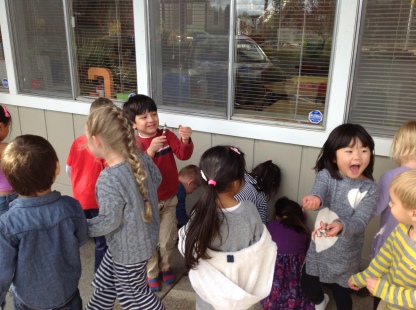 Lunch with our 4th grade buddies

This fall, Ms. O and a group of 10 curious students embarked on a mission to build, program, and battle Sumo Robots. The students learned about motherboards, their components, and soldered needed parts such as: motors, battery packs, and sensors.  After the building process, students learned how to program lights, sensors, motors, and then we battled our robots! Their task was to move around the ring and once they sensed another robot, they were to attack and push that robot out of the ring. Or if they came too close to the edge of the ring, they were to abort and move away from the edge to start searching again.

This was as much of a learning process for the kids as it was for myself. The students have an intro to building, soldering and coding, which can help them continue trying to program their robots. It was a fun enrichment class which we hope to do again next fall!

The Intramural Soccer Tournament has concluded! The champions are the “Da Pop! N Popcorn” (LS) and the “Earthquakes” (MS)! Good job to all competitors. This was a round robin tournament which involved a total of nine teams, five lower school teams, and four middle school teams. 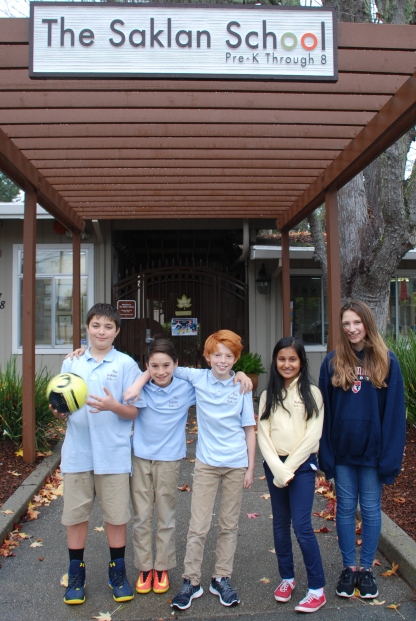 Starting in January, The Saklan School has scheduled seven games against four other schools. We have to start preparing to host some of these games and travel a short distance for others. All interested players start playing as much as possible during recess and learning periods.

This week in Kindergarten we decorated gingerbread men.

Also, we have been playing the dreidel game. It is a great way to learn about how the holidays are celebrated by some, develop our math, work on our listening skills, and of course have fun!

The Winter Edition of the Literary Magazine is coming soon. This editions theme is creativity. Please submit! Submissions are due January 14. 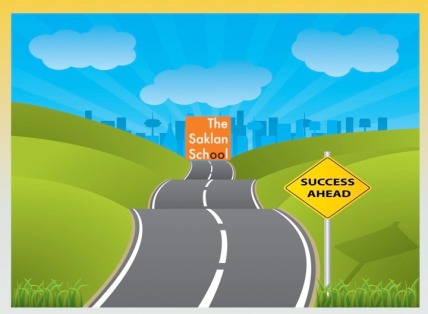 Join Peter Metzger, Head of School, and Robert Miller, Board of Trustee Officer, for a Round Table discussion and envisioning exercise on the future of The Saklan School.

In collaboration with the Saklan Parent Association. Coffee will be provided.

Thank you to our community members who have donated or pledged so far. We’re excited to be on our way towards our goals of raising money for The Saklan School!

Over the upcoming holiday break, we will be accepting gifts and pledges through December and will be wrapping our Annual Giving campaign in January!  Please consider donating now to receive your tax deduction for this calendar year by clicking HERE. Or email development@saklan.org with your pledge, to be fulfilled before the end of the school year.

Please know that all of us—faculty, staff, and students–are very grateful for your support in this important and very meaningful way.